Silence is golden – or so it’s said. I wouldn’t know. I always thought silence was a utopian exaggeration. An absence of ambient sounds with plenty of space for background noise to make itself known. A fantasy state dreamed up by children-should-be-seen-and-not-heard types as an excuse to punish children who took the ‘seen’ part of the tenet to be true.

My ears are a constant zone of noise. Sometimes, the volume varies, but the sounds never switch off. Most are gentle and wouldn’t be out of place on a CD of music for meditations (except for those random times when my ears decide to crank the decibels up to rock concert volume). If I could press a button to put the playlist of my ears on shuffle favourites, it would cycle through top hits like: 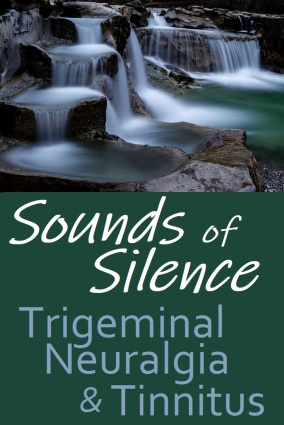 But around a decade ago, as I reached my early forties, I started to get the playlists that sound like a soundtrack from a horror movie (or a rerun of the worst of the ’80s synth-pop that made my ears cringe as a teenager):

It’s only a couple of years ago that I discovered this incessant orchestra is down to a physical malfunction causing tinnitus, and not my wonky definition of silence. I was so used to it, I thought it was normal. Over the years, I’d developed techniques that helped me ignore it as much as possible, but when my trigeminal neuralgia grew worse, so did the tinnitus. One night, after we’d turned off the TV, the dishwasher had finished its cycle and the house should have been quiet, Kitchen Catastrophe started to play on repeat, at maximum volume. I announced, amongst various expletives, with some frustration, ‘I wish silence was really silent.’

It also turned out that I am one of the 15 to 20% of people that do have tinnitus. But how did I not know for so long? After all, I had heard of tinnitus, I just never connected the little knowledge I had of the condition with what I experienced. Anything I had heard talked about tinnitus being a ‘ringing in the ears’ or being loud, intrusive, strident, discordant sounds impossible to ignore.

For many years, I only ever experienced the Dreams soundtrack. There was nothing unpleasant or intrusive about those sounds, they were just there. Sometimes they got louder – for the first time when I was 13 and did an Eskimo roll in a canoe. My ears weren’t too keen on the cascade of muddy Poole Harbour water that flooded them. For months after, my personal playlist was cranked up loud enough to compete with any real music.

But the only concern then was that since my canoe trick, I had extreme earache and I couldn’t hear normal sounds, voices, music etc. Everything sounded distant, muffled, hazy, as if my head was still submerged under water. At the time, the doctor my mother took me to see explained it was temporary and entirely due to lake water getting in my ears. Tinnitus wasn’t talked about. Wearing earplugs if I kept on with canoeing was.

The doctor was right – after a few weeks, the pain and deafness passed, and after a few months the soundtrack reverted to the normal, more subdued version. At least until the next (and every) time I caught a cold, or had a plane trip.

Subsequently, as an adult any conversations I had with doctors about my ears focussed on those periods of pain and deafness. I was twenty-three the first time I flew, and despite sucking on sweets to stop the ear-popping, as I’d been advised, the pain in my ears was excruciating on both ascent and descent, and my hearing stuffed for a fortnight after each flight. This doctor decided it was buildup of earwax, and suggested I get my ears syringed each time I was going to fly.

I don’t know if it helped. I do know that I’ve taken around 40 individual flights in my life. All but the last four or five of them triggered eye-watering, knuckle-clenching bouts of sharp ear pain in-flight, and two of them triggered pain so intense that I was curled up in a ball rocking back and forth in my seat feeling like my head was going to split in half. All of them have caused a period of submerged-under-water deafness, lasting anything between four days and a fortnight. And all of them have caused an extended period of elevated volume tinnitus, lasting from weeks to months. 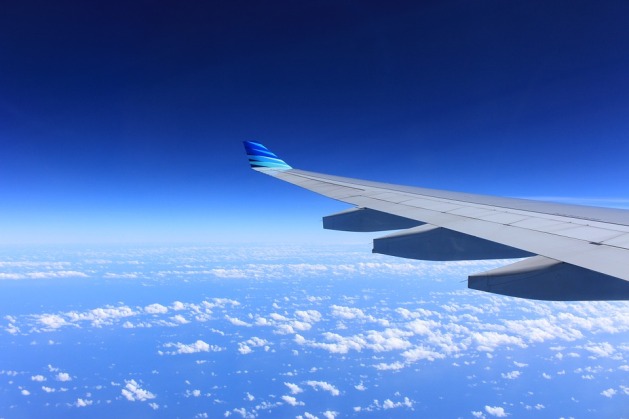 When my husband first mentioned tinnitus as a possibility, it made perfect sense of the constant sounds. And as I found out more about tinnitus, I realised that all these different issues with my ears were probably connected by one thing – trigeminal neuralgia. The trigeminal nerve is responsible for sensation and movement in the face. When the nerve is damaged, all sorts of weird and whacky things occur in the face and head, on top of the pain. Tinnitus, it turns out, is one of them.

The sensation of hearing sound when there is none.
These phantom sounds include:
buzzing
ringing
roaring
clicking
hissing
humming

Often tinnitus is due to another condition. Causes include:

Neurological disorders such as multiple sclerosis and, yes, trigeminal neuralgia

Conditions that effect the nerves in ear

The bad news is, tinnitus has no cure.
Most people only experience it as a temporary event. But around 1 to 2% of people experience it as a permanent issue. The jury is still out on medicinal treatments  – drugs won’t stop symptoms, but sometimes do reduce severity of symptoms. Incidentally, the medicines used for tinnitus are the same as used to treat trigeminal neuralgia – anti-convulsants and some anti-depressants like amitriptyline or nortriptyline.

The good news is, tinnitus can be managed.

Tinnitus is phantom noise. Real noise is effective at distracting the brain and drowning out the tinnitus. Here’s some ideas:

Music – at a moderate volume. Too loud might damage your ears which can also cause tinnitus or make it worse

Focus on listening out for environmental sounds, like birdsong or breeze in the trees

Stress is a known exacerbator of tinnitus. Manage your stress levels with these ideas:

I’ve noticed my tinnitus always seems to increase in volume when I go to bed at night. That’s probably due to the lack of other sounds to distract my brain from the phantom noises. When it’s the dream soundscapes, that’s fine – they lull me off to sleep. But if it’s the synth-pop soundtrack, not so good. I find breathing exercises are ideal then – I listen to my breathing and the exercises help me get to sleep. Win-win!

If you think you have tinnitus, do speak to your doctor. It is good to get checked out for any underlying cause. And if you have trigeminal neuralgia and were wondering if it’s also responsible for the funny sounds in your ears – I’m no doctor, but I’d say the answer is a resounding, echoing, ringing yes.

← Creating Soundscapes: 9 Ways with Words
Editing Poems with a Giraffe and an Ostrich →

26 comments for “Sounds of Silence: TN and Tinnitus”