You know when you’re reading a book and it’s just not grabbing your interest the way it should? The title was quirky, original, eye-catching, enticing you to stop at that exact place in the bookshop or library and pull it off the shelf. The blurb promised everything you like best in a book, and a quick flick through the pages revealed crisp, engaging prose.

If you’re anything like me, starting to read a new book is a really big deal. You’re ready to put your own life and concerns aside for an hour or two and enmesh yourself in the world between the covers of the book.

I don’t quite crack out the champagne and fireworks to herald the latest book, but I do like to wait until I have a couple of hours free for myself, chores done, phone on silent, and settle down in my favourite chair with a coffee or a glass of wine, or a warm shady spot in the garden, and get to know who is on the pages. 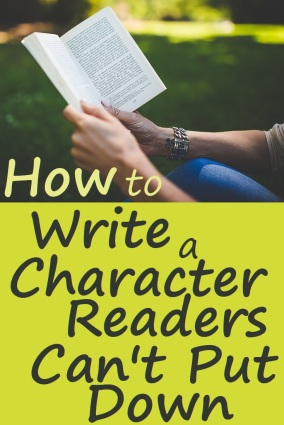 So what happens when it turns out the blurb is the best you’re going to get? What’s on the cover was just dallying with you? Well, as a youngster I’d plough on for a few chapters, trusting it would improve in the next paragraph, on the next page, by the next chapter… I was nothing if not optimistic.

I’m also a realist, and I learned fast that while some books you might not be in the right mood to read at that moment, there are also those that you’ll never be in the right mood. If I get to the end of the first chapter and I’m wondering what’s on the TV tonight, or if there is any wet paint anywhere that needs an observer while it dries, then back to the library that book goes.

There are too many books I want to read to waste time on those that fail to follow through on their promise.

But what is it that makes readers discard books after a few pages? If you’re a writer, it’s a crucial question. You can’t and won’t please every reader, but what is it about a novel or short fiction that’s most likely to make wet paint a fascinating alternative?

For me, it’s when I just don’t care.  The author might have delivered an inventive plot, laden with conflict and a well-paced story arc, but if they haven’t written characters I can feel a connection to, the rest is just pretty wallpaper.

And if I don’t, it usually comes down to one or two reasons – they are flat and one-dimensional like paper dolls, and/or they have little or no authentic motivation to underpin their actions.

As a reader, I want to care about the characters. Do I have to like them? No, but I do need to connect with them, whether that be through empathising with a situation they face, or by understanding why they might make the choices they do. As a writer, how can you show me why I should care about your characters?

There are plenty of articles and help-books that will explain must-include points for writing authentic characters. They often come down to the same three or four crucial points:

Motivation – what essence or quality underpins their choices and actions. It can often be summed up in one word or concept – greed, loneliness, grief, revenge, duty, love.

Goals – what they want to achieve: the doctor looking for a cure to a rare disease, the swimmer training for the Olympics, the orphan searching for a permanent home.

Purpose – why they want to achieve it: the doctor wants to ensure nobody else dies in the same pain as her husband did, the swimmer wants to show his doubting, undermining family that he can achieve something extraordinary, the orphan wants to stop her siblings being separated and shuffled between foster homes.

Personality – what they are like, how they interact with others, respond to events, what they think. Make them real. If a character is not believable, it’s a big turn-off. Give them a range of personality traits. Give them quirks, fears, show them being hurt, and hurting others – and how they behave in reaction.

Flaws – what negative traits do they have (or, if writing a villain, what positive traits – to offset all the bad!) that will (a) make them a believable, realistic character and (b) cause conflict or diversions in the story that they will need to overcome to reach their goals.

If you are having trouble creating convincing, fully-fledged characters, chances are the problem is because one of these five elements has been neglected. In this post, I want to show how reading other novels can help us learn about character development.

A Spark of Light
by Jodi Picoult

Jodi Picoult’s most recent novel is based in a Mississippi abortion clinic and follows the stories of several strangers whose lives become entwined when a gunman holds them hostage in the clinic. Jodi Picoult writes with multiple points of view, which allows her to highlight differing opinions and experiences while exploring controversial themes in her novels. Each one of her characters are fully-developed and believable. I’m going to focus on Janine:

Motivation – Guilt
Goal – to spy on the clinic staff in the hope of catching them performing illegal acts
Purpose – to close the clinic down and stop abortions in the State.
Personality – passionate, determined, confused, information-gatherer, kind, serious, brave, single-minded…
Flaw – telling lies. She lies to the police, to the other women in the clinic, to her co-protestors, and most of all, to herself.

When you’ve put a list like this together, have a look for all the ways the writer reveals these elements. Where do they use the character’s inner thoughts, where do they use dialogue and/or interactions between characters, where do they use actions? For example, Janine’s flaw of telling lies is revealed in the first scene where the reader meets her, and is shown via dialogue.

It’s a simple, white lie – she wants to go home, but the paramedic checking her over wants to keep her in for observation. Asked if there is someone for her to go home to, she says there is. Most readers will empathise with Janine and imagine themselves telling the same lie, in the same circumstances.

But in the next sentence, a cop tells Janine before she can go home, she has to go with him to the station to give a statement. Through a combination of narrative voice, telling the reader Janine panicked, and through Janine’s inner thoughts Did they know about her? Did she have to tell them? was it like going to court, and swearing on a bible? Or could she just be, for a little longer, someone who deserved sympathy? Jodi Picoult infers that there is another lie, a larger, more disturbing lie yet to be revealed. The inference excites the reader’s curiosity, but the withheld revelation allows them to suspend their judgement on Janine’s behaviour. 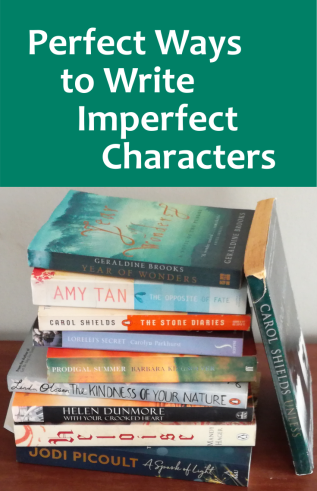 Choose one character in a book you’ve read.

Write down one word/concept to describe their motivation.

Write down their immediate/overall goal – what they want to do

Write down their purpose – why they want to do it

Write down several of their character traits

Write down their character flaw/ weakness

Review how the author demonstrates each point on your list

Repeat with other characters, other authors

Write brief scenes for each one, using different techniques – narrative voice, character’s inner thoughts, action, and dialogue, how they respond to external events/pressures

Sometimes, we can be too close and too familiar with our own work to easily solve difficulties within it. Step back, and approach the problem by reading other authors and doing exercises like these. You won’t regret it! 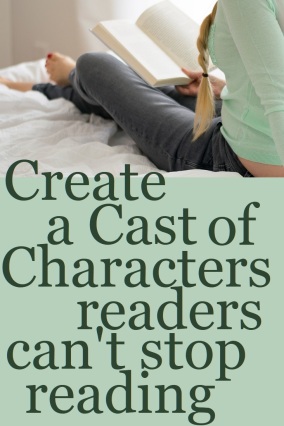 ← A New Kind of Normal
Sunflowers and Social Media →