Last night was a crap-television night. We haven’t signed up to Netflix or Lightbox, so rely on whatever offerings the free-to-air channels serve. Yesterday’s menu looked more like leftover crusts of sandwiches from lunch than carefully prepared cuisine. Often I’d just tuck right in to a book instead but last night we treated ourself to a takeaway instead – the DVD from the library type of takeaway.

If you haven’t watched the BBC miniseries Wolf Hall, based on Hilary Mantel’s books Wolf Hall and Bring Up the Bodies, you’ve a wonderful treat waiting. It portrays Thomas Cromwell’s rise from poverty to power and his enormous influence on events in England during part of Henry VIIIs reign. Although it is set during the dissolution of monasteries which Cromwell was responsible for, the story focuses most on Cromwell’s management of Henry’s divorce from Katharine of Aragon, and subsequent marriage to Anne Boleyn. 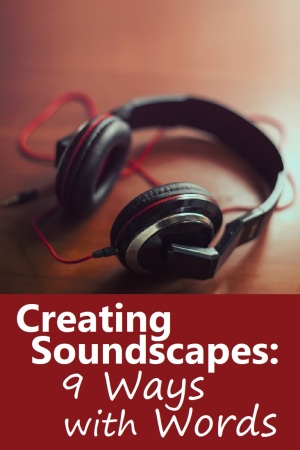 We ended up binge-watching the entire series over two evenings, we were so engaged with the story. I’m not going to review it here, or give any spoilers, although I might let slip that at the end of the series, Anne Bole… no, no spoilers! Why I’m writing about the programme is because – poetry. Wolf Hall is beautifully scripted. The performances, from a stellar cast, were outstanding. The soundtrack was potent – a skillful and particularly subtle portrayal of mood and tension. This is what made me think of poetry – specifically the musicality of poetry.

You probably remember learning some, if not all of these literary devices studying poetry in English Literature lessons at school. But they are not only used in poetry. They are effective for any writer to incorporate in any kind of writing. 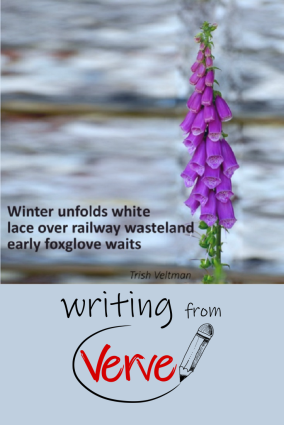 In this haiku I wrote on a train journey after seeing a single foxglove growing beside the tracks, as if oblivious to the time of year and the thick frost, I played with sound in a couple of ways – alliteration with the w sound and assonance with the a sound.

Most tongue twisters use alliteration:
she sells sea shells on the sea shore

Newspaper headlines often use alliteration. Here are a couple I saw today in Stuff, an online newspaper in New Zealand:

Back the Black Caps with a High Five
This headline also uses rhyme and assonance, so quite a hat trick going on here. 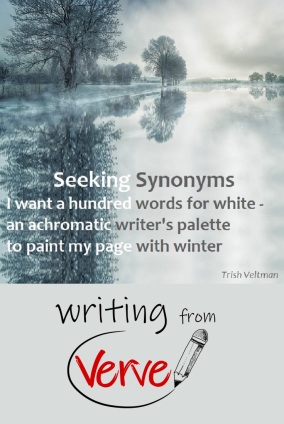 Assonance is the repetition of vowel sounds in quick succession:

This was a response to a writing exercise I was given. The task? Write a poem in 24 syllables including the word achromatic. I played with both assonance in the internal sounds like this, setting up echoes between words that flow through the poem. What I love about writing tasks with tight constraints like this is the opportunity to experiment, capturing a passing thought in a tiny poem. Any excuse to play with language!

Cacophony is the use of words in a phrase or sentence that suggest harsh, jarring sounds:
Footsteps clattered up the stairs behind me and the echo ricocheted like gunshot in the concrete stairwell.

It is an effective tool for creating mood in a story, for example, a dark, menacing atmosphere to create fear in a story.

Consonance is the repetition of consonant sounds, often at the ends of words:

I had left the spares at home.
I didn’t mind. I’d always thought
a desert island would be right
up my street. I explored
while he strip-searched sand dunes.

The opposite of cacophony, euphony is the use of words and phrases that create appealing, melodious sounds.

This is so dependent on the eye – and ear – of the beholder, but I know these beautiful lines from William Blake’s Auguries of Innocence are amongst my favourites:
“To see a world in a grain of sand
and a heaven in a wild flower
hold infinity in the palm of your hand
and eternity in an hour.”

Words, or ends of words, that have corresponding sounds. 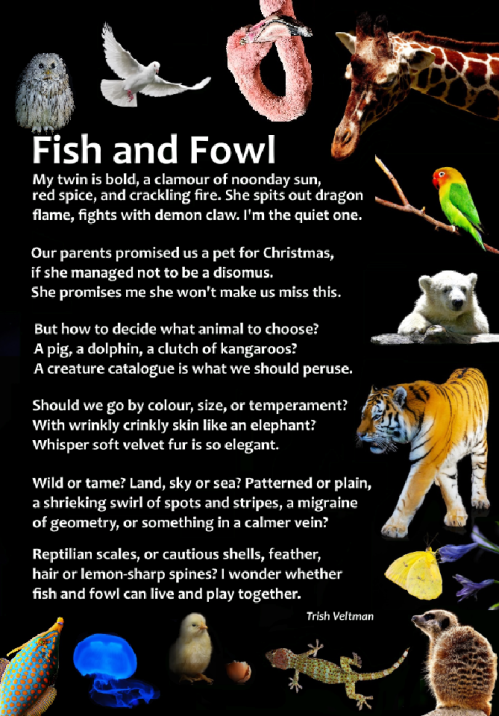 Words that almost rhyme, but not quite. Often the end consonant sounds correspond, but the beginning vowel sound does not. In a fully rhyming poem, a slant rhyme is often used rather than forcing a full rhyme with distorted grammar/ word order.

When I write poems, I don’t tend to use rhyme as I prefer free verse, and the subtleties that other literary devices like alliteration etc offer. Often I find rhyme overwhelms the content in a poem. But I always like to flex my writing muscles with a challenge – and with Fish and Fowl the challenge was to write a poem in the form of a Muzdawidj (a Persian form), about animals and for children. I had a lot of fun with this!

Bobbing as sure as sand pipers
through sky-scraping sand dunes

All of these literary devices, while mostly associated with poetry, when used well will enhance most types of writing. Which do you already use? Which would you like to try using more? Let me know in the comments section below.

Kia Ora, and Welcome to Verve. I'm Trish, and writing is what I do best. I write poems, fiction, and blog about writing craft, with some personal experience and opinion pieces thrown in the mix. Variety, spice, and all that. If you enjoy my blog, please let me know with a follow and a share. View all posts by Trish